The fungi are a group of eukaryotic, non-vascular organism. Which are of diverse forms, sizes, physiology and reproduces both by sexual (meiotic) and asexual (mitotic) spores. Examples of fungi :-Mushrooms, yeasts, molds, Penicillium- the first of the wonder drugs, penicillin, was isolated from this fungus and crop parasites.Fungi are most often associated with the roots of some plant species, and this type of symbiotic associations is known as mycorrhizae.

Some fungi are unicellular and are termed as yeasts. These grow by binary fission or budding, creating new individuals from the parent cell.

Over 60,000 species of fungi are known. Fungi are classified primarily by their method of reproduction (both sexual and asexual) and fruiting bodies (asexual or sexual spores surrounded by highly organised protective structures). In the earliest classification, there were only two recognized kingdoms:- Plants and Animals.This two kingdom system was used until Whitaker (1969) proposed that organisms be classified into five kingdoms :- Monera (=Bacteria), Protista (=Mostly Algae and Protozoans), Plantae (=Plants), Mycetae (=Fungi) and Animalia (=Animals).

Fungi belong to Domain-Eukarya and Kingdom -Mycetae (=Fungi) The classification of fungi, as proposed by Ainsworth (1973), is commonly followed :- 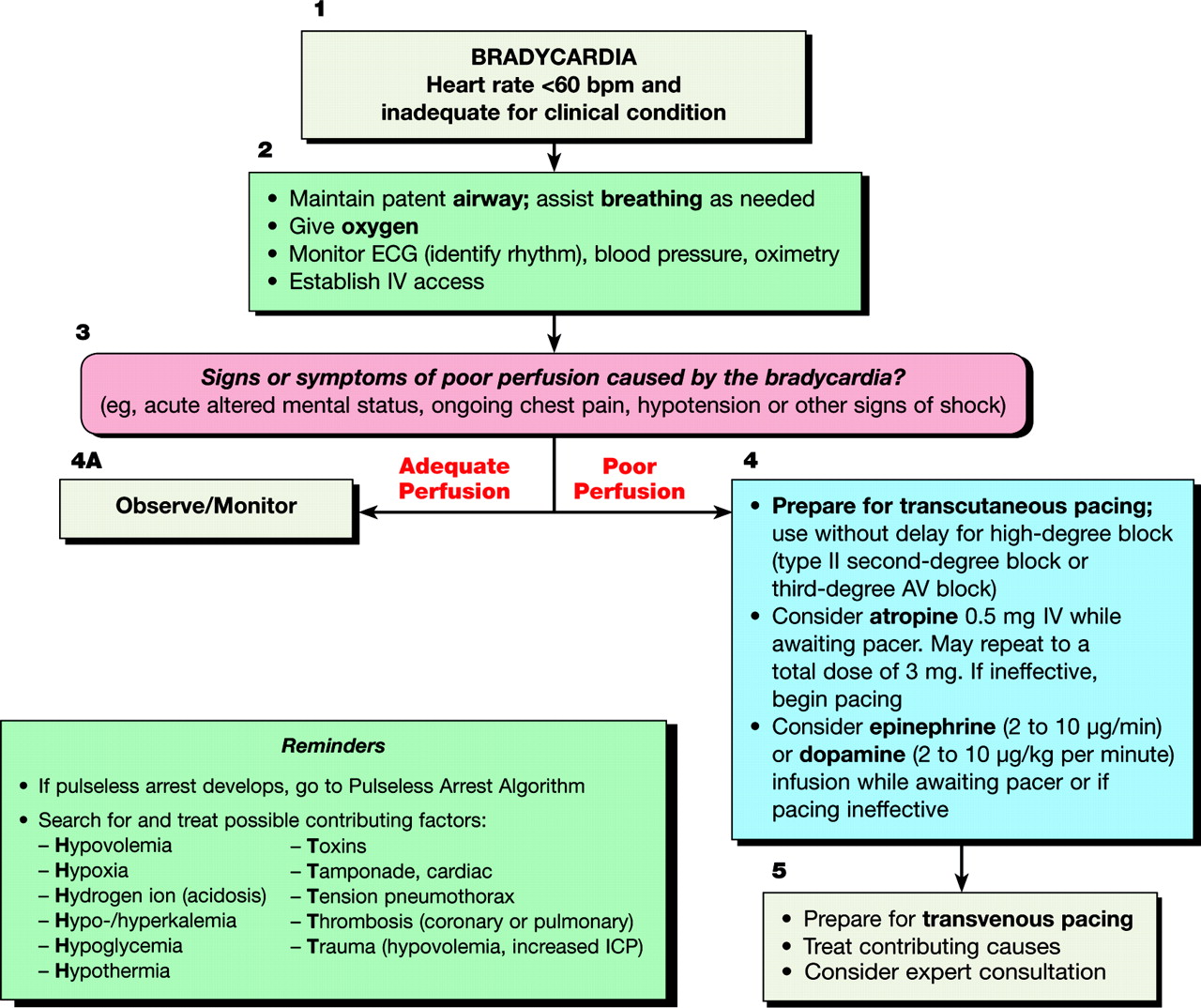 The more recent systems of classification that is based, in part, on molecular research are :-

The organisms included in this division are commonly known as the plasmodial or acellular slime molds. The exact systemic position of the Myxomycota is not clear. Olive (1975) classified them in the Kingdom Protista. Ainsworth (1973) classification is most accepted in which Division Myxomycota belong to Kingdom Mycetae (=Fungi).

Within the Myxomycota, the class Myxomycetes, known as the acellular slime molds.

Class: Myxomycetes There are approximately 71 genera and 500 species of Myxomycetes.

Habitats (Occurrence) :-There are commonly occur in damp places especially on decaying wood, all of which are terrestrial (found on land).

Life Cycle of Myxomycetes:- Bi-phasic life cycle with a haploid and a diploid phase. The diploid stage is a naked coenocytic protoplast (that is, it consists of a multinucleate mass of cytoplasm that is enclosed only by a plasma membrane and does not have a cell wall).When the sporangia matured and turned grey. Normally globose, with a definite, rather thick cell wall,unicellular, uninucelate and haploid spores are released by rupture of the sporangial coat.The spore surface may range from almost smooth to reticulate. Spores of myxomycetes are small (4-20 µm) and are easily picked up by air currents, arthropods and other animals On germination a spore produces one or four myxamoebae or flagellate cells known as swarm cells- that have one or two anterior flagella, all of which are of the whiplash type. In most cases swarm cells possess one long prominent flagellum and a second shorter, inconspicuous flagellum that is directed backward and appressed to the cell surface. Myxamoebae and swarm cells can be interconverted. When food is abundant and environmental conditions are favorable, myxamoebae divide repeatedly, giving rise to a large population of cells. The nuclear divisions are centric and open (the nuclear membrane breaks down during prophase and is reconstituted after telophase.) Under unfavorable conditions myxamoebae round up and secrete a galactosamine wall to form microcysts (sclerotia). When favorable conditions return, the microcysts germinate and either a myxamoeba or swarm cell emerges from each wall.

When free water is available myxamoeba can differentiate into flagellated swarm cells Swarm cells and myxamoeba may function as gametes (both in homothallic or heterothallic strains).The compatible gametes fuse in pairs (two swarm cells, two myxamoebae) to form a diploid zygote.As the zygote grows, its nucleus undergoes successive synchronous mitotic divisions without cytokinesis. And the cell becomes transformed into a multinucleate, amoeboid structure, the plasmodium.

Plasmodium:-The plasmodium is a diploid structure.Plasmodium is a naked, multinucleate, motile mass of protoplasm; no cell wall around it. However, in most species, the plasmodium is enveloped by a gelatinous slime sheath that contains microfibrils. Just inside the slime sheath is the plasma membrane that surrounds and confines the cytoplasm Plasmodia are of various colors. Examples- Physarum polycephalum it is a bright yellow, slimy structure and Didymium iridis the plasmodium is colorless In nature plasmodia probably feed on bacteria, spores of fungi and plants, and possibly on protozoa and even on bits of nonliving organic matter Growth is accompanied by successive mitotic divisions of the nuclei embedded in the cytoplasm. In growing plasmodia of P. polycephalum, nuclear division occurs almost simultaneously every 8-10 hours throughout the plasmodium and requires 20 to 40 minutes for completion. There are three types of plasmodia :- protoplasmodium - microscopic throughout its existence; gives rise to only a single sporangium when it fruits. aphanoplasmodium - resembles a protoplasmodium in its initial stages, but soon elongates, branches, and becomes a network of very fine, transparent strands; Stemonitales. phaneroplasmodium - characteristic of Physarales, also resembles a protoplasmodium at first; it grows larger and becomes more massive. Its protoplasm is very granular, and the plasmodium is visible even at an early stage of development. The gelified and fluid portions of the veins are easily distinguishable and the rhythmic, reversible streaming is very conspicuous

Three classes are included in this sub-division, on the basis of zoospore and oospore and comprise 204 genera and 1160 species:-

The vegetative body is diploid and the life cycle is diplontic.

The most economically important group of Oomycetes is the Peronosporales that contain the late blight of potato fungus Phytophthora infestans and relatives such as Peronospora, Bremia, Plasmopara and others that cause downy mildews, the damping off fungi, Pythium spp., and the white rust fungi, Albugo spp.

However, although members of Mastigomycotina are morphologically similar, they share no close phylogenetic relationships to fungi. The combination of cellulose cell wall, biflatellated zoospores, one flagellum of the tinsel type and the other of the whiplash type, and gametangial copulation are characteristics that are shared with some members of the algal divisions Phaeophyta and Chrysophyta. This has recently led to recognition of yet another kingdom, Stramenopila, which includes the divisions Bacillariophyta, Chrysophyta, Phaeophyta, Hyphochytridiomycota and Oomycota. These divisions are now thought to be derived from a common ancestor .

The zygote later develops into a thick-walled zygospore, the diagnostic feature of this division.

Zygomycetes :- The members of this class are mostly saprobic(saprophytes), though a few may become weakly parasite on plants.The common examples are black bread moulds or pin moulds (the genera Rhizopus and Mucor). In the class, Zygomycetes there are three orders:-

Internal structure The hyphae cell wall are made up of chitin lined by a thin plasma membrane. The protoplasm includes typical cell organelles like nuclei, mitochondria, ribosomes, endoplasmic reticulum etc.

Members of the Ascomycotina are known as the Sac Fungi. The majority of fungi that lack morphological evidence of sexual reproduction are placed here. Examples of sac fungi are yeasts, morels, truffles, and Penicillium. This includes the salmon-coloured bread mold Neurospora sp., which has played an important role in the development of modern genetics.  Important features of Ascomycotina:-

Nutrition and Symbioses :-Ascomycotina are heterotrophs and obtain nutrients from dead or living organisms :-

The form of the ascocarp may be one of four types :-

There are four basic types of ascus:-

Basidiomycotina are mostly terrestrial and saprophytic or parasitic. It includes some 25,000 described species. This group includes most of the mushrooms , toadstools, stinkhorns, puffballs, and shelf fungi. And also contains important obligate parasites, two important plant pathogens the rusts and smuts.

This sub division shares many features in common with the Ascomycotina:-

Rusts:- Rusts (Pucciniales, previously known as Uredinales) shows greatest complexity in their life-cycle. Five different types of spores are formed on two different hosts in two unrelated host families. Such rusts are heteroecious (requiring 2 hosts) and macrocyclic. Autoecious rusts complete their life-cycles on one host intead of two. In order to complete its life history, this species produces the following five spore stages:-

On the basis of life cycle patterns, the rusts are of three types :-

[Your opinion is important to us. If you have a comment, correction or question pertaining to this chapter please send it to appropriate person listed in contact information or visit forums for this course.]